ZIMBABWE: THE FACE OF TORTURE AND ORGANISED VIOLENCE 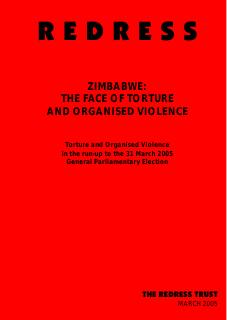 For the past five years Zimbabwe has been racked by an economic, social, political and human rights crisis, which no one inside or outside of the country has been able to reverse. The European Union, the United States of America and other Western nations have applied selective financial and travel sanctions against President Mugabe and other Zanu-PF leaders, and some of these powers have also made unsuccessful attempts to challenge Zimbabwe’s human rights record in international fora, including the UN General Assembly and the UN Commission on Human Rights. 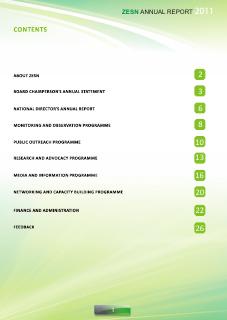 The report is about ZESN activities throughout the year 2011. 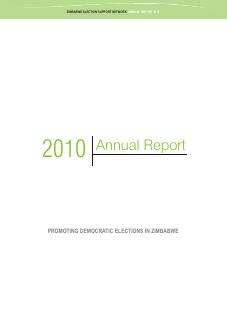 This year ZESN celebrated 10 years of not just existence but of service to this country in the quest for free and fair elections.The year 2010 was generally peaceful largely due to some level of political tolerance brought about by the GNU. 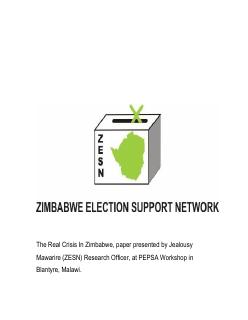 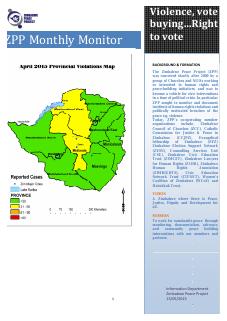