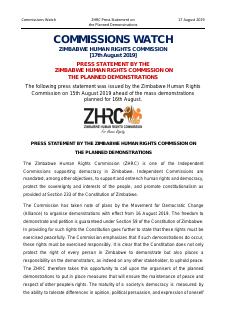 The press statement was issued by the Zimbabwe Human Rights Commission on 15th August 2019 ahead of the mass demonstrations planned for 16th August. 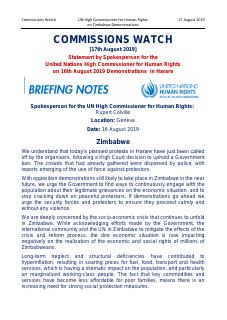 Constitution Watch 4 2019 Criminal Nuisance and the Right to Protest 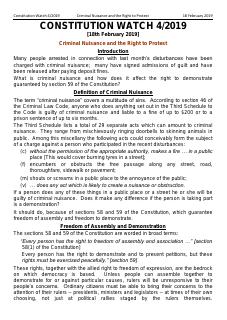 What is criminal nuisance and how does it affect the right to demonstrate guaranteed by section 59 of the Constitution? 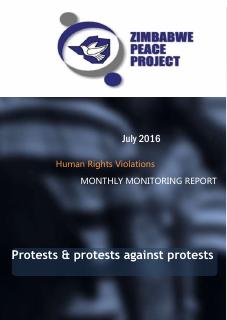 Protests and protests against protests were recorded in the month of July 2016 in Beitbridge, Harare, Bulawayo and Victoria Falls. From July 1 Beitbridge residents and cross border shoppers went on massive demonstrations against the imposition of a ban on imported goods as stipulated in Statutory Instrument (SI) 64 of 2016; the protests turned violent resulting in the torching of a Zimbabwe Revenue Authority warehouse and 36 people were arrested. 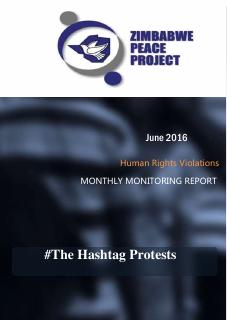 In the month of June Zimbabwe witnessed an escalation in protests mostly driven by non political party actors. Some of the protesting groups included the Occupy Africa Unity Square movement which is a group of citizen activists founded by the disappeared Itai Dzamara in 2014.