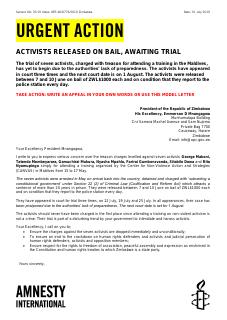 The trial of seven activists, charged with treason for attending a training in the Maldives, has yet to begin due to the authorities’ lack of preparedness.