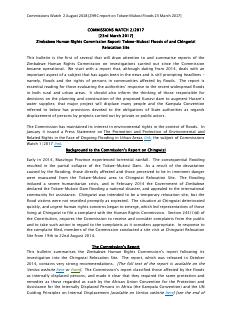 This bulletin is the first of several that will draw attention to and summarise reports of the Zimbabwe Human Rights Commission on investigations carried out since the Commission became operational.