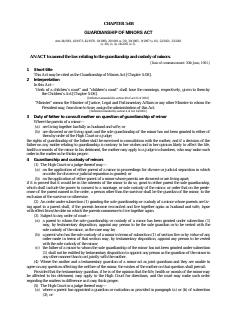 AN ACT to amend the law relating to the guardianship and custody of minors.